Hell resurfacing as a hot topic 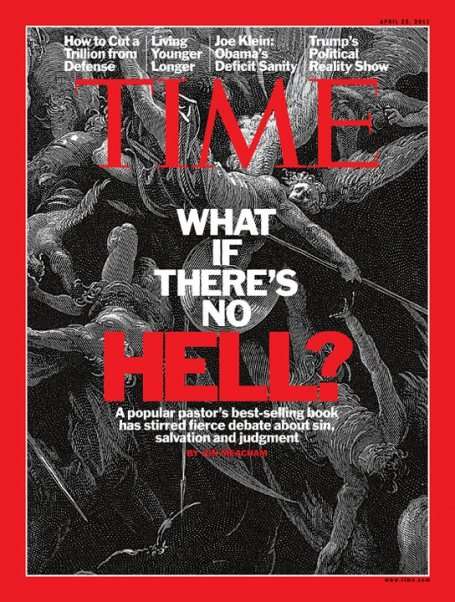 Well into the 21st century, an age of spirituality and plurality, hell has returned as a topic of discussion via American mainstream media. Well, maybe not conversation around the water cooler or holiday BBQs, but hell is in the books and news. Not to be sheltered away or isolated from what’s going on, I borrowed a review copy of Francis Chan & Preston Sprinkle’s new book, Erasing Hell: What God Said About Eternity and the Things We Make Up.

The timing of Erasing Hell’s book release may be interpreted as a response to Rob Bell’s book Love Wins, which got a lot of buzz, even on the cover of Time magazine. That’s pretty high profile. And maybe these books were responses to the ugly stirring of Westboro Baptist Church protests and unapologetic message of hatred:

(aside: I linked to this YouTube video to the 20/20 piece on Westboro, presented as is, instead of the more popular version with editorial revisionism)