Am I a sell-out too? 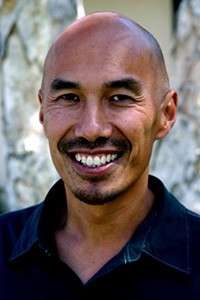 Danny Yang has now apologied for triggering a firestorm of comments for his provocatively titled blog post, Is Francis Chan a sell-out?

The title obviously struck a nerve, and provoked a good number of mis-readings and reactions, even though it was clearly spelled out in that very blog post that Danny did not think he was a sell-out:

I don’t really think he’s a sell-out; I believe Chan is living faithfully to what GOD has called him to be.

Does that mean the question was mis-stated in the first place? Maybe not. There is a rhetorical device called a hypothetical question where a question may be posed, even though the answer is already known as a definitively absolutely “no.” It’s used in the Bible, you know. Paul posed the question, “Shall we go on sinning so that grace may increase?” Of course not! Is he a sell-out? Of course not!

In Danny’s apology, he clarifies and re-iterates that he celebrates Francis’ calling to minister to all peoples:

I applaud Francis Chan for his faithfulness to GOD’s call on his life. Clearly, his life and ministry has blessed the church; I hope he continues to speak and minister to all groups of people.

Those of you who are regulars to my blog, or have heard of my work in parachurch realm, may have a question in the back of your mind that you may not have asked out loud but might have been thinking. Over the past decade, I’ve been networking with next gen Asian American church leaders & parachurch ministry leaders, first as a avocational hobby, then formally via L2 Foundation, and more recently connecting next gen Asian American pastors via Leadership Network.

And, yet, for all my professional career life in working in that Asian American church world, I personally do not regularly attend a next gen Asian American church, nor am I a member of one. (For the record, my church home is currently ROCKharbor.) Does that make me a sell-out, too? Or is it just one more perplexing inconsistency in my very complicated unconventional life?