a new day with a new President 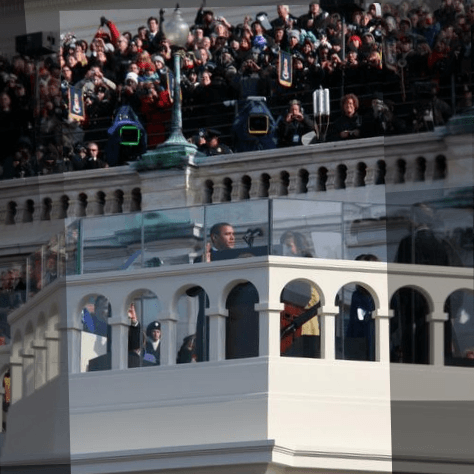 All the world’s attention has centered on Washington DC today, as Inauguration Day 2009 brings forth a new President of the United States (POTUS), Barack Obama. While the day is not yet over, there are a few thoughts from my fellow Asian Americans floating around on the Web:

… this may very well be the most significant historical event of my lifetime. … The sight of millions of people on the Mall is nothing short of breathtaking. … Obama represents a different kind of change. For one, he’s the first president of a new generation. Along with significance for African Americans in this country, he is a president for a multicultural, hi-tech, grassroots generation of people who have a different worldview about race, a different way of communicating, and a different expectation of a president. … With a new generation awaiting its new president, America expects nothing less than authenticity in its leaders. With that, Obama may very well be the only kind of president who can unify, inspire, and involve the country…

The Inauguration and the Third Culture President
Dave Gibbons

We are celebrating what many consider a dream fulfilled. Of course, there are still conflicts, racism, prejudice and stereotyping even in the church but it is a new day when the most powerful political person on the earth is Black. This is a historic moment for the world to celebrate. But before you simply see this as a race thing . . . how about seeing it also from the lens of culture or rather, CULTURES.

Third culture is about the fusion of multiple cultures, the art of adaptation, dialogue rather than dictation, diplomacy over strong arm tactics, and the embrace of discomfort as part of the journey to real community.

… the world is focused upon NOT either/ors BUT both/ands. . . people and leaders who can live in the intersections.

… It’s a third culture world. How are your third culture skills? President Obama is just the beginning of a whole new wave of leaders who will have significant impact in a world where the rules have changed or are changing.

And I can always count on Eugene Cho for color commentary on current events:

what advice would you give to president obama?

… Everyone’s talking about the historic nature of his election, inauguration, and presidency. Certainly… but I’m just having a hard time wrapping my head and heart around it. It’s so new.

… Someone asked me what advice I would give to Obama if he asked me to be a pastoral/spiritual adviser?

On this momentus historic day, I watched the swear-in with a neighbor, via live-streaming on hulu.com. The significance of this presidential change is yet to be seen, though often promised on the campaign trail.

Regardless of which political party you’re registered with, what makes America work is that we are one nation.

The United States of America is still a racialized society, and it would be naively idealistic to think that there is racial equality simply because civil rights exist. Institutional racism has been embedded, and with this change in the highest office of the land, some of that may well begin to change.

It’s my sense that come 2042 or 2050, when the USA will be a minority nation, where no racial majority will exist, the long-term effect of racism will linger for longer. This is not cynicism speaking, but realism. My prayer is that change comes quickly and sooner.